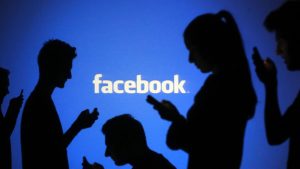 Facebook has announced that it will be making some changes to its platform to encourage more users to join more groups on the site. Groups are used to collect together users interested in a particular topic. Within the groups, users can have large conversations about the topic with other users or share relevant content to a wide audience.

Facebook groups don’t get as much publicity as some of the social network’s other products do.
According to Facebook, the company had one billion users participating in tens of millions of active groups as of January. However, many Facebook users are members of only a few groups and those are groups that were introduced to them by their friends. The average user is in about 12 groups.

People often have to wait to be invited into a group by someone else who has already become a member of the group. The new changes will make it easier for you to find groups on your own. You will no longer have to search for groups by name unless you want to.

One of the more recent changes to the platform is the addition of a “Discover” feature that will help users find more groups to participate in. The feature is located in the Facebook’s Groups section under a Discover tab. The new feature looks at the user’s geographic area, their interests and the interests of their friends to recommend groups that users might be interested in.

Users that click on the Discover tab will see 25 different categories with different themes. Each of the themes contains a number of suggestions for themed groups you might want to join. Users can browse both public and closed groups by category. Admins of private groups can choose whether or not their group appears in the new Discover tool. The Discover tab will also show you groups that a number of your friends have joined and some of the top groups in each category.

The Discover feature is currently only available to a random subset of Facebook’s users. Facebook intends to roll out the feature to more users soon, but when and how many users will gain access has not yet been disclosed. The company says that it will only provide the feature to all users if the tests show that Discover makes a significant improvement to the user experience. The new feature is rolling out on iOS and Android in the U.S.

Medallia, Inc. Given Consensus Rating of “Buy” by Analysts