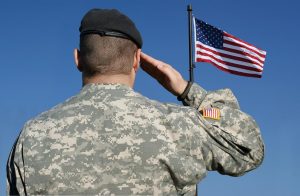 Unfortunately, suicide remains a prevalent issue among US soldiers, even in today’s military. However, while many studies exist suggesting that the stresses and restrictions of military life can sometimes be too much, a new study published Wednesday in the Journal of the American Medical Association (JAMA) Psychiatry says that soldier suicide may not be directly related to combat experience.

As a matter, of fact, the new numbers say that while suicide rates in the US Army continue to climb, they are more significantly related to soldiers who have yet to be deployed.

The study has taken a look at a large group of US military veterans as well as active service members to determine that timing is only one of many factors which puts soldiers at higher risk for suicide than the average American.

“Deployment context is important in identifying SA [suicide attempt] risk among Army-enlisted soldiers,” explain the study authors. “A life/career history perspective can assist in identifying high-risk segments of a population based on factors such as timing, environmental context and individual characteristics.”

The study authors hail from many highly-respected institutions such as the Uniformed Services University of Health Sciences, the University of California-San Diego, and Harvard Medical School. The data they compiled examined 163,178 enlisted soldiers, to find that 9,650 had attempted suicide between 2004 to 2009 (the time of the study period).

According to Dr. David Rudd, who is a a clinical psychologist with a focus on veteran issues, comments that these findings demonstrate that soldiers do, in fact, show significant signs of distress very early into the term of service.

The President of the University of Memphis also goes on tos ay, “Individuals who have difficulty have it early in their service. It speaks to significant vulnerability when they come into service.”

Rudd also notes that the fact suicide rates appear to be higher among people who have not seen combat could suggest that government (military) officials might need to improve screening—even as early as before the enlistment process—to ensure that soldiers understand the stress they will be under and, more importantly, that they will be able to cope with it.

“It raises a tougher question,” he instructs: “Are they