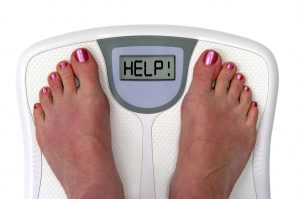 It is no big secret—no pun intended—that obesity has become a major, growing problem in the United States. The reason this should be of such concern, however, is that obesity can lead to a handful of more complex and related diseases. And one of these conditions is chronic kidney disease.

Heath officials, of course, are now more concerned about this condition because many obese young adults in the United States are, apparently, not aware of their heightened vulnerability to chronic kidney disease.

“Even though chronic kidney disease typically manifests in older people, the disease can start much earlier but often is not recognized early on,” explains lead study author Dr. Michal Melamed

If obese young adults were more aware of this, then, perhaps, they would make the necessary changes in order to prevent or reduce this risk.

The Albert Einstein College of Medicine associate professor of medicine goes on to say, “Clearly, clinicians and public health officials need to do more to identify and treat young people at risk for early progressive kidney disease so they can adopt the behavioral changes to prevent [kidney disease] from occurring.”

This new study examined approximately 7,000 adults between the ages of 20 and 40, in the United States. Melamed’s team found that roughly 11 percent of obese Mexican-American citizens and roughly 6 percent of obese white and black citizens all had elevated levels of the protein albumin. This is a condition known as albuminuria which is a sign of reduced kidney function. This, of course, means a person is at higher risk for chronic kidney disease. Furthermore, among those young adults with albuminuria, fewer than 5 percent had been actually diagnosed with kidney disease.

Furthermore, Melamed adds: “Because treatment options for [chronic kidney disease] are limited, prevention is the best approach for those at risk. A healthier lifestyle in young adults will go a long way toward promoting kidney health later in life.”

The existing research suggests, now, that abdominal obesity might actually cause harm to the kidneys—and reduce their function—earlier than high blood pressure and even diabetes; and both hypertension and diabetes are also associated with obesity.