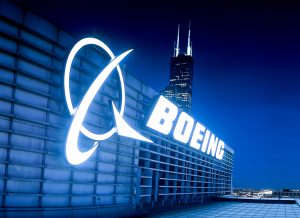 Reports have emerged that Iran has reached a deal with Boeing (NYSE:BA) to buy passenger planes to replace its aging civilian air fleet. The announcement reveals that IranAir would acquire more than 100 Boeing jets under the multi-billion-dollar deal. According to Iran’s minister of roads and urban development, Abbas Akhoundi, the details of the deal will be announced in the next few days.

According to sources, the two sides have formulated the broad outline for the deal and the aircraft that would be included. Financing arrangements are not complete, but the agreement will likely cover deliveries and services for about a decade at a cost of more than $17 billion. Akhundi said that Iran hoped to become a major hub in the Middle East.

If approved, the deal would be the largest commercial agreement between a U.S. company and Iran since some sanctions were lifted six months. It would also be the first time that new American aircraft would fly over Iran since the 1979 Islamic Revolution. Any agreements reached will be contingent on U.S. government approval.

Because of the sanctions levied against Iran, Iran Air, the country’s national airline has been unable to expand its service and update its fleet. According to Airfleets.net, the average age of Iran Air’s current fleet of nearly 50 airplanes is 27 years. Iran is seeking to replace about 400 planes to modernize its fleet

Last July, Iran signed an agreement with the Obama administration and five other world powers to halt its development of nuclear weapons in exchange for a lifting of the economic sanctions that have hobbled the country’s economy over the past few decades. The administration previously gave Boeing the OK to negotiate with Iran on such a this type of sale. Boeing held an early round of talks with Iranian airline officials during a visit to Iran in April.

However, numerous obstacles remain to the agreement. Boeing still needs approval and a license from the Treasury Department. The anti-American sentiment in Iran and election-year politics in the United States could scuttle the deal. Republican lawmakers who opposed the agreement with Iran could oppose the transaction. Iran’s supreme leader, Ayatollah Ali Khamenei, may also oppose the deal with Boeing.

The Boeing deal is the second major deal for airplanes made by the Iran this year. Several months ago, a deal was signed with European consortium aircraft manufacturer Airbus for 73 wide-body planes and 45 single-aisle planes for commercial use. Media reports have said that deal is worth about $27 billion.

Analyzing The Ziegler Companies & UP Fintech