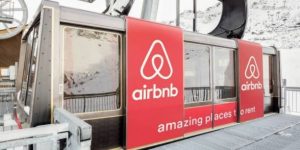 Airbnb is suing officials in San Francisco over a law that the company helped craft. The law, which took effect last February, allowed Airbnb to operate widely in the city despite concerns from affordable housing advocates. Advocates for affordable housing have long criticized the company for taking housing units off of the market to be converted into permanent short-term rentals.

A unanimous decision by the San Francisco Board of Supervisors on June 7 made Airbnb responsible for enforcing the new law. According to the decision, Airbnb should be fined $1,000 a day for every unregistered host who uses the service to list a property for rent in the city. If the company fails to comply with the fines or with removing the unregistered listings from its platform, it may face misdemeanor charges. Its employees could also face jail time. The penalties and fines take effect in July.

The lawsuit claims that San Francisco’s attempt to get Airbnb to help enforce its housing law is illegal. According to Airbnb, the rule has violated both the company’s right to free speech and the Communications Decency Act. The act prevents the government from holding websites accountable for the content that is published by their users. With these protections, the company is allowed to push pretty much all legal liability onto the users of the platform. Courts have repeatedly sided with companies in Airbnb’s position.

In its blog post about the matter, Airbnb did not mention its role in creating the registration ordinance. David Campos, a member of the board of supervisors, said in a statement, “Home sharing is here to stay and I have no problem with that. But the registration law Airbnb helped pass in 2014 failed on its own terms and we still need reasonable regulations and corporate responsibility.” Airbnb operates in nearly 200 countries, is currently valued at about $25 billion, and has raised more than $3 billion in equity and debt.