Android Co-Founder Looks to the Future of Technology and Education 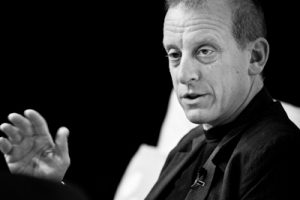 Android co-founder Rich Miner is not one to shy away from new ideas. A general partner of Google Ventures (GV) since the 2009 formation of the corporate venture capital group, it seems that Miner is already moving on to new things. This time, though, he has plans to launch an education-focused company under Google’s umbrella.  This company could, to speculate, focus on the development of educational apps and other kid-focused Internet services designed for education (and not, for example, babysitting or, simply, advertising).

Of course, this means he will also be stepping down from his genearl partnership with GV in order to transition into a new venture partner.

Google Ventures CEO Bill Maris says that he is not surprised by this move from Miner. Maris describes the Android co-founder as “an adventurous person who jumped into this thing with me,” adding that he benefited from it years ago and now it will be someone else’s turn.

Even Miner admits that this was not an easy move. He says, “walking away from GV is an incredibly hard decision for me,” noting that it took two years to develop this education concept.  Miner goes on to say that he first thought he would just launch the idea as a startup but after talking to Larry Page, pitched the idea to Sundar Pichai who got excited about it.  And Google already has some educational assets, so that is why Google is building the project and not its parent company Alphabet.

Still, Miner admits, “I don’t actually know what we’re building yet. Just like Android took us four years to get the first device out and I helped create WildFire 25 years ago as a voice-based personal assistant, which is just now starting to happen. This vision is another big idea, but it will take time.”

For now, Miner also plans to remain at home in Cambridge, Mass, while the majority of his team will be base in the Google Headquarters in Mountain View, CA.  Google Ventures, also, will continue to reap funding from various investors, most of whom tend to focus on projects in the life sciences area of research.