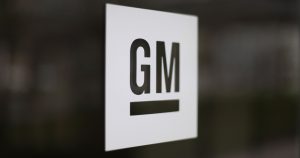 General Motors Co. (NYSE:GM) reported record earnings of $2.87 billion in the second quarter of its fiscal year, more than doubling its profit year-over-year. The automaker said earnings per share were $1.81, higher than analysts’ expectations for $1.52 a share. Last year in the second quarter, GM posted a $1.1 billion profit and earned 67 cents a share.

“This was an outstanding quarter for GM,” Chairman and CEO Mary Barra said in a statement. Revenue in the quarter was $42.4 billion, up 11 percent from the $38.2 billion earned a year ago. The company’s adjusted earnings for the quarter totaled $3.9 billion. The results were GM’s best for any quarter since it emerged from Chapter 11 bankruptcy in July 2009.

The record results were helped by strength in North America and China and profitability in Europe. GM was profitable in all of its regions except for South America, where it lost $121 million pre-tax in the quarter. Sales in China, GM’s largest market, are up 5.3 percent through June this year.

GM said its earnings before interest and taxes was a record $3.65 billion in North America. Before taxes, GM’s North American profit margin increased to 12.1% in the quarter from 10.5% a year earlier. GM continued to capitalize on strong sales of pickup trucks and sport utility vehicles in the United States. Americans are buying and leasing new vehicles at about the same pace as 2015’s record pace.

Sales in GM Europe are up 4.7 percent. It was the first quarter in five years that the company has posted a profit in Europe. GM said it made $131 million pre-tax in the region. It hopes to break even in the region this year for the first time in more than 15 years.

The automaker spent $300 million cash on its half cash, half stock deal for Cruise Automation, a San Francisco-based autonomous software company. It has also invested $500 million for a 9 percent stake into ride-hailing company Lyft Inc. and purchased the assets of Sidecar Technologies Inc., another ride-sharing company. GM and Lyft are partnering to develop a fleet of self-driving Bolt EVs that could be used for ride-hailing services.

The automaker raised its earnings per share expectations for the full year. The carmaker now expects its full-year earnings per share to fall between $5.50 and $6 a share. At the beginning of 2016, the company predicted earnings of $5.25 to $5.75 a share.

$14.08 Million in Sales Expected for Xencor, Inc. This Quarter