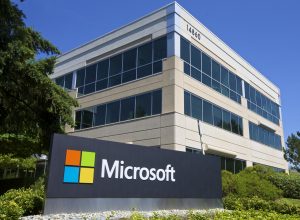 Microsoft (NASDAQ:MSFT) has announced that it is looking to eliminate nearly 3,000 jobs by the end of this fiscal year. The announcement was made in its annual report for the fiscal year ended in June 2016. The layoffs are targeted towards the company’s struggling phone business. The layoffs are expected to continue through mid-2017.

According to reports, about 2,850 Microsoft employees involved with phone hardware and sales will have their positions eliminated. This is in addition to the elimination of 1,850 positions in the company’s smartphone unit that were announced in May 2016. That layoff announcement followed 4,500 job cuts from Microsoft selling its feature phone business.

Roughly 900 layoffs have reportedly occurred already. According to a company spokesperson, most people being laid off have already been notified. Microsoft has not offered any additional information beyond that disclosed in its annual 10-K filing. This latest round of cuts represents 2.5 percent of the software giant’s global workforce.

Microsoft CEO Satya Nadella said in a statement, “We are focusing our phone efforts where we have differentiation — with enterprises that value security, manageability and our continuum capability, and consumers who value the same.” In the highly competitive smartphone market, Microsoft’s phone business has not been faring all that well. Apple’s iOS and Google’s Android dominate the market, while the company’s Windows Phone OS had failed to become a true competitor. Windows phones had less than 1 percent of the global smartphone market in the first quarter.

The smartphone division has registered hefty revenue declines over several consecutive quarters. Phone revenue decreased $4.2 billion, or 56 percent, from the year ago period. The company reportedly sold 13.8 million Microsoft Lumia phones and 75.5 million other phones in fiscal year 2016, compared with 36.8 million and 126.8 million sold, respectively, in fiscal year 2015. This will be the fourth significant workforce reduction in the division since 2014.

Microsoft is now turning its focus to business, cloud and big data services, especially Azure. The company reports that its cloud business is growing. Microsoft recently sold off part of its mobile hardware business to Finland-based Foxconn Technology subsidiary, FIH Mobile Ltd., and HMD Global,Oy for $350 million. That deal included the transfer of all core assets, including software, brand, services and the care network and the transfer of about 5,400 personnel previously involved in the phone hardware business.