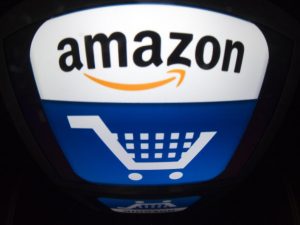 Amazon (NASDAQ:AMZN) has surpassed Exxon Mobil to become the fourth-biggest U.S. company by market capitalization. Since it reported better-than-expected results for the second quarter, the Seattle-based e-commerce company has risen three spots from seventh place. Amazon’s second quarter earnings came in well ahead of Wall Street expectations, and its stock rose as a result.

Amazon is considered one of the best companies for investment. Amazon has an impressive record of earnings per share growth, robust revenue growth, compelling growth in net income, expanding profit margins and good cash flow from operations. Shares of Amazon have risen to $767.74, giving it a market cap of $365.23 billion. The company’s stock is up close to 44 percent over this time last year.

It is easy to see why Amazon’s market capitalization has jumped. Amazon Prime, the company’s subscription shopping and streaming business, is one of the most popular membership programs in the world. Amazon Web Services commands a 31 percent share of the world’s web-hosting industry. Amazon CEO Jeff Bezos is now the world’s third-richest man. Amazon now has about 268,900 employees worldwide, an increase of about 10 percent in the last three months.

Exxon Mobil fell to sixth place with a market cap to $356.0 billion. Prices for oil, natural gas and renewable energy have dropped rapidly in recent years, taking Exxon Mobil’s business with it.
In April, the company lost it’s top credit rating from Standard & Poor’s for the first time since the 1930s. The rating agency cited the company’s billions of dollars in debt as the reason for cutting the rating. Berkshire Hathaway was in seventh place with a market cap of $355 billion.

The change marks two simultaneous shifts in the global economy. Internet companies continue to gain dominance, while energy stocks continue their long-term slide. Of the top five companies by market capitalization, only Apple and Microsoft are members of the blue-chip Dow Jones Industrial Average. Exxon Mobil is also a member of the Dow.