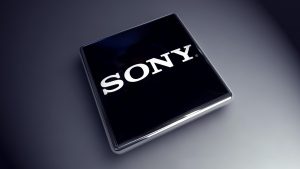 Paul Feig’s Ghostbusters has had an underwhelming performance at the box office, resulting in a possible loss of $70 million for Sony (NYSE:SNE). The movie made the vast majority of its money in the first seventeen days. The film was a slight disappointment in North America, but it was lack of overseas interest that crushed expectations. The $300 million break-even figure is essentially out of reach.

The studio reportedly spent $144 million in production costs and the movie’s marketing budget. Ghostbusters current global earnings are about $180 million, according to The Hollywood Reporter. As of Aug. 7, Ghostbusters had earned just $117 million domestic. The movie isn’t expected to earn any higher than $225 million. The film still hasn’t opened in a few markets, including France, Japan and Mexico.

Sony disputes the amount of the potential loss, insisting that revenue streams from merchandising and attractions will help defray any deficit. A representative for Sony declared, “This loss calculation is way off. With multiple revenue streams, including consumer products, gaming, location-based entertainment, continued international rollout, and huge third-party promotional partnerships that mitigated costs, the bottom line, even before co-financing, is not remotely close to that number.”

Two days after the film’s release, Sony said a Ghostbusters sequel will happen, but may have changed its mind after seeing the box office results. At the time, Rory Bruer, president of worldwide distribution at Sony said, “While nothing has been officially announced yet, there’s no doubt in my mind it will happen.” That was the studio’s last public mention of a sequel.

Ghostbusters was plagued by controversy and outsized expectations long before its completion. Ghostbusters cost so much that it had to perform at absolute peak potential, with no room for error, to make money. Former Sony film chief Amy Pascal first embraced Feig’s vision for the live-action reboot. The studio said in a statement that they’re “very proud of the bold movie Paul Feig made.”

The company has many plans for the Ghostbuster’s franchise. In July, Sony Pictures Animation announced a new animated TV series called Ghostbusters: Ecto Force. The studio is also actively pursuing an animated Ghostbusters feature that could hit theaters in 2019. Both are being guided by Reitman.