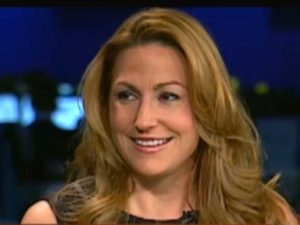 CEO of Mylan Pharmacueticals (NASDAQ:MYL) Heather Bresch is expected to testify before Congress on Wednesday to defend the company’s controversial price increases. The price of the company’s EpiPens has increased more than 500 percent since being acquired by Mylan. The emergency allergic reaction injection treatment now costs $608 for a two-pack, up from about $100 in 2009.

The House Oversight committee meets at 2 p.m. In a joint statement, committee chairman Rep. Jason Chaffetz, R-Utah and ranking member Rep. Elijah Cummings, D-Md. Said, “There is justified outrage from families and schools across the country struggling to afford the high cost of EpiPens.”

The hearing comes amid a firestorm over pharmaceutical profits. In recent years, outrage has grown over pharmaceutical companies that reap outrageous profits on life-saving drugs. Several other committees have also called for investigations into the matter.

EpiPens are used in emergencies to stop potentially fatal allergic reactions. People usually keep multiple EpiPens handy at home, school or work. Children could die without access to the treatment. The syringes, prefilled with the hormone epinephrine, expire after a year.

According to a copy of her prepared remarks, Bresch says “I know there is considerable concern and skepticism about the pricing,” but there’s a “misconception about our profits” from EpiPen.
Bresch said the company receives $274 per two-pack after rebates and fees are deducted and reaps a profit of $100 per two-pack after factoring in various other costs. Bresch also said Mylan deserves credit for distributing the drug for free to thousands of schools.

The company recently announced plans that included rebates for certain patients and project to introduce a generic version of EpiPen for $300 per two-pack. Even with the generic version, Mylan will reap significant profits. The cost of the actual drug used in the devices is about $1 a dose and the device was developed long before Mylan bought it. According to Bresch, about 85 percent of EpiPen users pay less than $100.

However, critics say that cost is simply passed along to insurers, who pass the cost to consumers through higher premiums. Medicare’s EpiPen costs rose from $71 per prescription in 2007 to $344 in 2014, according to a study by the Kaiser Family Foundation. During the same period, Medicare Part D enrollees out of pocket cost per EpiPen prescription rose to an average of $56, up from $30.

If her prepared remarks are any indication, Bresch has no plans to apologize. Bresch has also signaled that the company has no plans to lower prices. “Price and access exist in a balance, and we believe we have struck that balance,” Bresch says in her prepared testimony. Marianne Udow-Phillips, director of the University of Michigan’s nonpartisan Center for Healthcare Research and Transformation, said of the matter, “I do not think her testimony will persuade many people that Mylan’s pricing decisions were appropriate.”