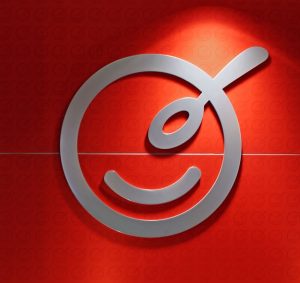 ConAgra Foods Inc. (NYSE:CAG) handily beat analysts’ estimates with its latest quarterly profit. Net income attributable to the company was $186.2 million, or 42 cents per share, for the first quarter. In the same period a year earlier, the company recorded a loss of $1.15 billion, or $2.68 per share. Excluding one-time charges and discontinued operations, ConAgra earned 61 cents per share, higher than the average analyst estimate of 48 cents, according to Thomson Reuters I/B/E/S.

The company’s results were helped by higher prices on some products, such as Banquet frozen entrees, and less discounting. It also stopped promoting brands such as Chef Boyardee and Snack Pack at $1 at retailers. Chief Executive Sean Connolly told investors, “Catering to that small group that’s price-obsessed has had an unwanted effect on the rest of the business.”

The company has also been promoting higher-margin products and clamping down on unprofitable volume sales to retailers. A company executive said on a post-earnings call that the change was long overdue. These actions helped lift margins by 2 percentage points to 27.3 percent in the first quarter. Operating margins rose 5 percentage points to 18.4 percent.

The Chicago-based food maker is known for brands like Slim Jim snacks, Chef Boyardee pasta, Hunt’s ketchup, and Peter Pan peanut butter. Sales for the quarter fell 4.6 percent to $2.67 billion, missing analysts’ estimate of $2.73 billion. ConAgra’s grocery and snacks segment posted a 5.4 percent sales decline, while sales fell 8 percent in its refrigerated and frozen segment. After the earnings announcement, the company’s shares rose as much as 8.2 percent in morning trading.

In recent years, consumers have been moving away from packaged foods that are highly processed. The company has been reshaping its business to focus on foods seen as more natural and healthy. The company is divesting its $3 billion Lamb Weston potato business and has already sold its spicing and flavoring business for more than $300 million. In February, the company completed the $2.7 billion sale of its private label business to TreeHouse Foods.

The company has already bought and sold some brands in its quest to recast itself as a higher-end packaged foods business. ConAgra has acquired the packaged foods businesses of Frontera Foods Inc. and Red Fork LLC. The terms of the transactions weren’t disclosed. Earlier this week, ConAgra said it was still looking to add more premium brands to its portfolio.

Killam Apartment REIT To Go Ex-Dividend on May 28th

Chemtrade Logistics Income Fund To Go Ex-Dividend on May 28th

Peoples Financial Services Corp To Go Ex-Dividend on May 28th