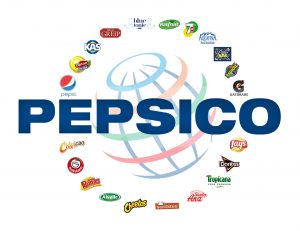 PepsiCo Inc. (NYSE:PEP) is facing a class action lawsuit from the Center for Science in the Public Interest (CSPI), a consumer advocacy group, over misleading marketing for Naked Juice products. The complaint was filed on Tuesday in the Brooklyn, New York federal court. The lawsuit named three shoppers as plaintiffs in the case: Dina Lipkind of Brooklyn, Lyle Takeshita of Los Angeles and Chad Fenwick of Chatsworth, California. All three claim they overpaid for Naked drinks such as Kale Blazer and Green Machine. The lawsuit seeks class-action status on behalf of shoppers nationwide.

The lawsuit claims that Naked Juice is made predominantly of “cheap, nutrient-poor” juices like orange and apple juice. The label for Kale Blazer lists kale puree as the second listed ingredient, between orange juice and apple juice. Nowhere on the Kale Blazer labels or other marketing materials is oranges or apples pictured.

CSPI litigation direction Maia Kats released a statement saying, “Consumers are paying higher prices for the healthful and expensive ingredients advertised on Naked labels, such as berries, cherries, kale, and other greens, and mango. But consumers are predominantly getting apple juice, or in the case of Kale Blazer, orange and apple juice. They’re not getting what they paid for.”

The lawsuit also claims that Naked Juice is not as healthy as PepsiCo would have you believe. It claims that statements like “no sugar added” and “only the best ingredients” are intended to make customers believe that Naked Juice is healthier than other products. For example, Naked’s Pomegranate Blueberry juice is labeled with “no sugar added,” which is true, but contains 61 grams of sugar, which is 20 grams more than a 12 oz. can of Pepsi. The company says, “Any sugar present in Naked Juice products comes from the fruits and/or vegetables contained within and the sugar content is clearly reflected on labels for all consumers to see.”

PepsiCo has been sued for health claims about its Naked Juice products before. A previous case over the brand’s claims of being “all natural” resulted in a $9 million from the company in 2013. PepsiCo is currently the world’s second largest soft-drink maker. Beverages that customers see as healthy are an increasingly important part of PepsiCo’s portfolio as soda sales suffer.

$156.55 Million in Sales Expected for First Financial Bancorp This Quarter

Eloxx Pharmaceuticals, Inc. Expected to Announce Earnings of -$0.19 Per Share