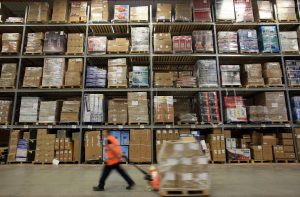 The cost of living in the U.S. rose 0.3 percent in September from the previous month, according to the Consumer Price Index. The results matched the median forecast of economists. The CPI is the broadest of the price gauges from the Labor Department because it includes all goods and services. About 60 percent of the CPI covers prices consumers pay for services.

In August, the consumer-price index increased 0.2 percent. The year-on-year rise was 1.5 percent, the most since October 2014. Core prices rose 2.2 percent in September at a year-over-year rate. In the previous month, prices rose 2.3 percent. Wholesale prices climbed 0.3 percent in September, its first gain in three months. The cost of imported goods rose 0.1 percent.

Consumers’ discretionary spending may be getting a boost from falling prices. Food costs were little changed in September. Costs of apparel and automobiles declined. The decline in energy prices appears to be leveling out. Energy costs increased 2.9 percent in September as oil and gasoline prices rebounded. Gas still costs 6.4 percent less than a year ago.

Excluding food and fuel costs, prices were up 0.1 percent. Housing costs continue to climb. All forms of shelter rose at an annual 3.4 percent in September, and rent was up 3.7 percent. Medical costs rose 4.9 percent compared to a year ago in September, the strongest annual gain since before the recession.

Inflation saw its fastest yearly growth since 2014, when oil prices began to slide. Experts believe inflation will rise 2.4 percent over the next 12 months. That would be the lowest since 2010. Subdued wage growth and a stronger dollar are two reasons to believe that overall inflation will stay low.

The increase in the cost of living is a sign inflation is getting closer to the Federal Reserve’s goal. Fed officials are considering whether to raise the benchmark interest rate before year’s end
The results may keep policy makers on course for a quarter-point interest-rate increase in December. The Fed has held off on hiking interest rates so far this year.