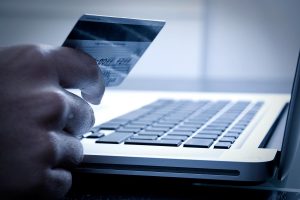 A survey conducted by the National Retail Federation showed that online spending during the Black Friday weekend grew at the expense of store spending for a straight second year. There was a 4.2 percent rise in consumers who shopped online and a 3.7 percent drop in shoppers who purchased in a store. The NRF survey estimates that about 109 million people shopped online, compared with 99 million in stores.

The NRF survey found that 154 million people made purchases over the four days, up from 151 million a year ago. Shoppers spent $289.19 over the four-day weekend compared to $299.60 over the same period a year earlier. The most popular items over the weekend were apparel, accessories, toys, electronics, books, video games and gift cards. The survey polled 4,330 consumers on Friday and Saturday.

Internet sales rose in the double digits on Thanksgiving and Black Friday. Online sales tracked by Adobe Digital Index were $5.27 billion for both days, an 18 percent increase from a year earlier. For the first time, online sales topped $3 billion on Black Friday. Black Friday online sales rose 21.6 percent to $3.34 billion. Purchases made on mobile devices accounted more than $1 billion in revenue.

Until a few years ago, Black Friday kicked off the holiday shopping season. Now, more retailers are opening their doors on Thanksgiving Day and starting their discounting earlier in the month. Some retailers started holiday promotions as early as October and are running them until Christmas Eve. Roughly 23 percent of consumers have not even started shopping for the season this year, up 4 percent from last year.

According to the National Retail Federation, total holiday season sales are expected to rise 3.6 percent to $655.8 billion in 2016. Consumers are expected to spend an average of $636 on holiday purchases this year. NPD data shows this would be a 3 percent increase from last year.