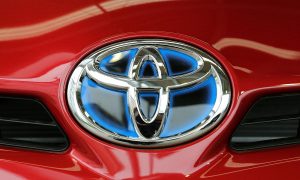 Toyota Motor (NYSE:TM) has announced that it would be investing up to $10 billion in U.S. capital investments over the next five years. The $10 billion will be spent finishing construction of Toyota’s new North American headquarters in Texas, as well as making big improvements to its plants. The pledge matches the Japanese automaker’s investments over the prior five years. The company said last week it’s made $21.9 billion in direct investment in the U.S.

In the U.S., Toyota has 10 plants in eight states. North America chief executive Jim Lentz declined to say whether the planned expansion would boost jobs at some of its U.S. plants. Toyota currently employs 40,000 in the United States. The company has added more than 5,000 U.S. jobs over the last five years. Including the 1,500 dealerships that sell Toyota vehicles, the number jumps to 136,000 employees in the country.

President-elect Donald Trump has harangued the company over its plans to shift production of its Corolla to Mexico from Canada beginning in 2019. Toyota made the announcement 20 months earlier and broke ground on the plant in Apaseo el Grande, Guanajuato last month. Trump said in his tweet that the company should build the plant in the U.S. or pay a “big border tax.”

Lentz said in an interview at the Detroit auto show that the decision was not a response to Trump’s comments. Lentz said, “We have to run our business as a global business. I have to make sure that we are competitive.” The automaker already makes Corollas at a plant in Mississippi.

Toyota is just the latest car giant to announce major investments in U.S. production. The move follows similar commitments to U.S. production made by competitors Ford and Fiat Chrysler. Fiat Chrysler announced a $1 billion plan to produce three Jeep models in the U.S. and move the production of a Ram pickup truck from Mexico to the U.S. Ford cancelled a $1.6 billion plan to build a plant in Mexico and announced that it would be expanding its operations in Michigan.

Trump praised those companies for their recent announcements in a pair of tweets. He tweeted, “It’s finally happening – Fiat Chrysler just announced plans to invest $1BILLION in Michigan and Ohio plants, adding 2000 jobs. This after Ford said last week that it will expand in Michigan and U.S. instead of building a BILLION dollar plant in Mexico. Thank you Ford & Fiat C!”