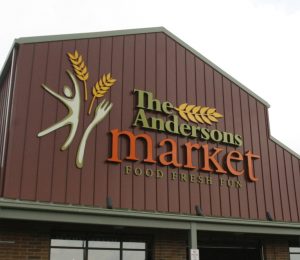 The Andersons Inc. (NASDAQ:ANDE) has announced that it will close all of its remaining stores this spring, effectively ending its money-losing retail business. The board members of The Andersons voted to cease retail operations at its meeting Friday. Store employees were told the news at mandatory meetings Sunday and given a leaflet explaining the situation.

The store closures affect two locations in the Toledo area and two stores in Columbus. The retail division also includes a 245,000-square food distribution center in Maumee. The company plans to liquidate its merchandise in the spring and sell the stores. The shutdown does not affect the grain, ethanol, rail, or plant nutrient parts of The Andersons.

Company Chief Executive Officer Pat Bowe said, “The decision to close The Andersons stores was not easy for anyone involved.” The retail icon has operated general stores for seven decades. The stores offered everything from drywall to produce to fine wines. The business records about $4.2 billion in revenue, but only $140 million of that came from its stores in 2015.

Chairman Mike Anderson said the firm has been considering closing its retail business for years as the business has either broke even or lost money. The division has not made an annual profit since 2008. In the company’s most recent quarterly financial filing, the retail group had a pretax loss of $1.6 million. The unit had a pretax loss of $2.6 million for the first nine months of 2016. Mr. Bowe said the retail group lost more than $20 million in the last eight years.

The company had to make a choice to either close the stores or order merchandise for the upcoming season. The company considered selling the stores, but no suitable buyer could be found. Mr. Anderson said, “If we saw a path forward that would take us in an improvement direction and reverse the macro sales trends, we’d still be in the business.” In November, it shut the smaller Sylvania Marketplace store, eliminating 96 jobs.

Sohu.com Lowered to “D+” at TheStreet