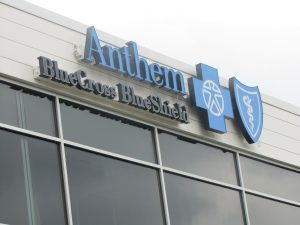 Anthem Inc’s (NYSE:ANTM) proposed $54 billion merger with smaller rival Cigna Corp. (NYSE:CI) has been blocked by a federal judge. Judge Amy Berman Jackson of the U.S. District Court for the District of Columbia said in her decision that the merger would have worsened an already highly concentrated insurance market. Judge Jackson also said that the deal would be likely to increase prices for consumers.

The deal would have created the largest U.S. health insurer by membership. The combined company would have annual revenues of more than $115 billion and more than 53 million insured patients, or about 17 percent of the population. Anthem is the largest member of the Blue Cross Blue Shield Association and operates BCBS plans in 14 states covering 839,000 people.

The U.S. Justice Department sued in July to stop Anthem’s purchase of Cigna. Government antitrust officials argued that the deal would lead to less competition and higher prices for Americans. The trial began on Nov. 21.

Judge Jackson’s decision focused only on the argument that the merger would reduce the ability of large national employers to get competitive rates for the health coverage they provide workers. Anthem argued that large companies with more than 5,000 employees often used multiple smaller players in the national market, so competition would not be hindered. Jackson disagreed, writing that the availability of regional firms and specialized companies “will not ameliorate the anticompetitive effects of this merger.”

Acting Assistant Attorney General Brent Snyder of the Justice Department’s Antitrust Division said the ruling prevented American consumers from facing higher health insurance premiums. Anthem said it intends to file an appeal and request an expedited hearing in the matter. Cigna said in a statement that it would evaluate its options in accordance with the merger agreement. Cigna is entitled to a $1.85 billion break-up fee from Anthem if the deal falls through.

The mergers are an unprecedented effort to consolidate the country’s health insurance industry. The two deals would have reduced the number of large national U.S. insurers from five to three. The largest company in the big five, UnitedHealth Group Inc., was not involved in the deals. Bill Baer, former head of the Justice Department’s antitrust division, said, “Together with the decision on Aetna and Humana, this preserves five large national providers of critically important health insurance products.”