Complete the form below to receive the latest headlines and analysts' recommendations for Titan International with our free daily email newsletter:

Titan International (NYSE:TWI) last released its quarterly earnings data on Thursday, November 7th. The industrial products company reported ($0.28) earnings per share (EPS) for the quarter, missing the Zacks’ consensus estimate of ($0.06) by ($0.22). Titan International had a negative net margin of 1.31% and a negative return on equity of 5.32%. The business had revenue of $345.90 million during the quarter, compared to analyst estimates of $369.33 million. During the same period in the previous year, the business earned $0.04 earnings per share. The business’s quarterly revenue was down 10.1% on a year-over-year basis. Analysts predict that Titan International Inc will post -0.22 EPS for the current year.

The firm also recently disclosed a quarterly dividend, which was paid on Tuesday, October 15th. Stockholders of record on Monday, September 30th were given a $0.005 dividend. The ex-dividend date of this dividend was Friday, September 27th. This represents a $0.02 dividend on an annualized basis and a dividend yield of 0.72%. Titan International’s payout ratio is 7.41%.

Titan International, Inc, together with its subsidiaries, manufactures and sells wheels, tires, and undercarriage systems and components for off-highway vehicles in North America, Europe, Latin America, the Commonwealth of Independent States region, and internationally. The company operates in three segments: Agricultural, Earthmoving/Construction, and Consumer.

Further Reading: Is it better to buy a fund with a higher or lower NAV? 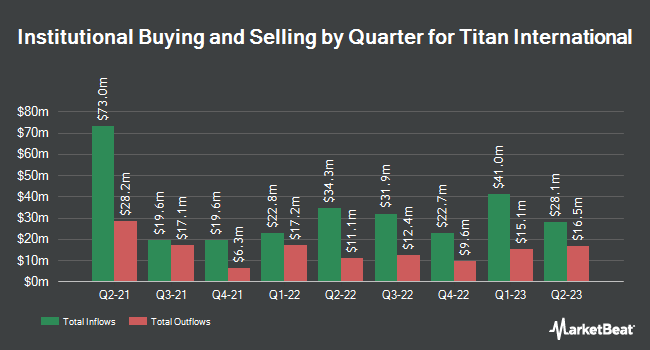 Cree Upgraded to Buy by BidaskClub