Complete the form below to receive the latest headlines and analysts' recommendations for Berry Petroleum with our free daily email newsletter:

Berry Petroleum (NASDAQ:BRY) last announced its earnings results on Thursday, November 7th. The energy company reported $0.40 earnings per share for the quarter, beating analysts’ consensus estimates of $0.39 by $0.01. The business had revenue of $194.67 million for the quarter, compared to the consensus estimate of $160.70 million. Berry Petroleum had a net margin of 25.26% and a return on equity of 11.49%.

In other Berry Petroleum news, Director Benefit Street Partners Llc sold 1,100,000 shares of the stock in a transaction that occurred on Thursday, November 14th. The shares were sold at an average price of $11.30, for a total transaction of $12,430,000.00. The sale was disclosed in a legal filing with the SEC, which can be accessed through this hyperlink. 0.59% of the stock is owned by company insiders.

Further Reading: Outstanding Shares and The Effect on Share Price 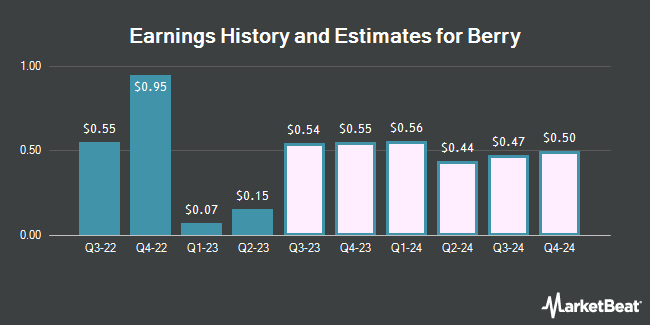