Complete the form below to receive the latest headlines and analysts' recommendations for International Money Express with our free daily email newsletter:

On average, analysts expect that International Money Express will report full year sales of $320.73 million for the current year, with estimates ranging from $320.00 million to $322.00 million. For the next financial year, analysts expect that the firm will report sales of $370.43 million, with estimates ranging from $365.00 million to $376.00 million. Zacks Investment Research’s sales averages are a mean average based on a survey of analysts that cover International Money Express.

In related news, Director Christopher B. Lofgren acquired 17,900 shares of the company’s stock in a transaction on Thursday, November 21st. The shares were purchased at an average price of $13.49 per share, for a total transaction of $241,471.00. The acquisition was disclosed in a filing with the SEC, which is accessible through the SEC website. Also, major shareholder William Velez sold 8,000 shares of the stock in a transaction that occurred on Monday, September 16th. The stock was sold at an average price of $11.96, for a total transaction of $95,680.00. Insiders sold a total of 124,508 shares of company stock worth $1,502,157 over the last three months. Corporate insiders own 43.10% of the company’s stock.

International Money Express, Inc, through its subsidiary, operates as a money remittance services company in the United States, Latin America, Mexico, Central and South America, and the Caribbean. The company offers remittance services, including a suite of ancillary financial processing solutions and payment services. 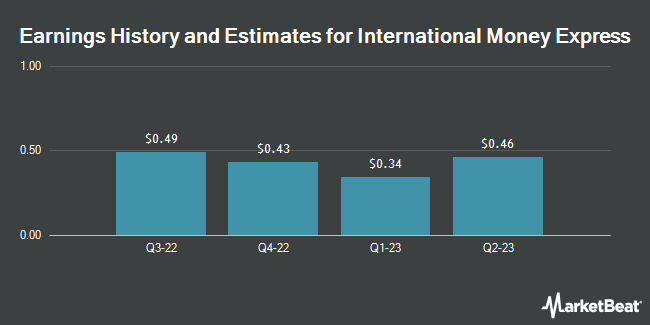 $230.43 Million in Sales Expected for EZCORP Inc This Quarter