Complete the form below to receive the latest headlines and analysts' recommendations for Newpark Resources with our free daily email newsletter:

Equities research analysts expect Newpark Resources Inc (NYSE:NR) to post sales of $186.36 million for the current fiscal quarter, according to Zacks Investment Research. Two analysts have made estimates for Newpark Resources’ earnings, with the highest sales estimate coming in at $190.82 million and the lowest estimate coming in at $181.90 million. Newpark Resources posted sales of $247.66 million in the same quarter last year, which would indicate a negative year over year growth rate of 24.8%. The company is scheduled to announce its next earnings results on Thursday, February 6th.

Newpark Resources (NYSE:NR) last announced its earnings results on Wednesday, October 30th. The oil and gas company reported ($0.02) EPS for the quarter, missing the consensus estimate of $0.07 by ($0.09). Newpark Resources had a net margin of 1.68% and a return on equity of 3.50%. The business had revenue of $202.76 million for the quarter, compared to the consensus estimate of $221.38 million. During the same quarter in the previous year, the company earned $0.04 EPS. The firm’s revenue for the quarter was down 13.8% on a year-over-year basis. 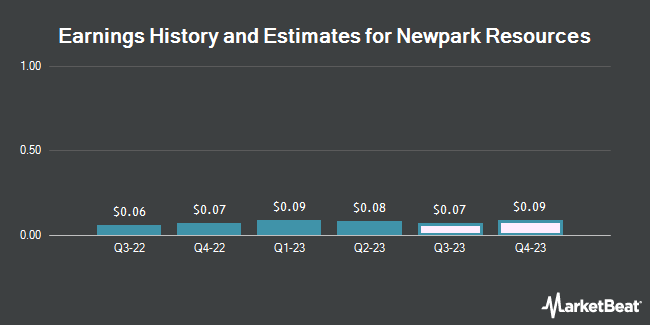 $134.81 Million in Sales Expected for Golar LNG Limited This Quarter