Adevinta ASA (OTCMKTS:ADEVF) Given Average Recommendation of “Hold” by Brokerages

Shares of Adevinta ASA (OTCMKTS:ADEVF) have been given a consensus recommendation of “Hold” by the seven analysts that are currently covering the stock, MarketBeat.com reports. One analyst has rated the stock with a sell recommendation, two have given a hold recommendation and four have issued a buy recommendation on the company.

Adevinta ASA operates as an online classifieds company in France, Spain, rest of Europe, and internationally. It owns and operates approximately 30 online classified marketplaces in generalist, real estate, cars, consumer goods, jobs, and other categories across a range of Websites and mobile applications in 16 countries. 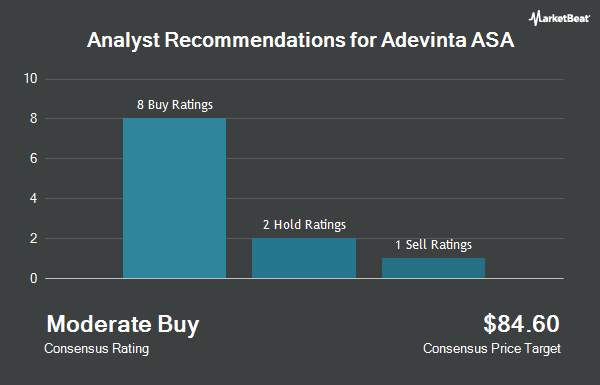 Complete the form below to receive the latest headlines and analysts' recommendations for Adevinta ASA with our free daily email newsletter: