One Stop Systems, Inc. (NASDAQ:OSS) has received a consensus recommendation of “Buy” from the nine ratings firms that are covering the firm, Marketbeat Ratings reports. One analyst has rated the stock with a sell recommendation and seven have issued a buy recommendation on the company. The average twelve-month price target among analysts that have updated their coverage on the stock in the last year is $7.58.

One Stop Systems, Inc engages in the design, manufacture, and marketing of computing modules and systems targeting edge deployments. It specializes in computers and storage products incorporate state-of-the art components, and allow its customers to offer high-end computing capabilities to their target markets.

Featured Article: What is a management fee? 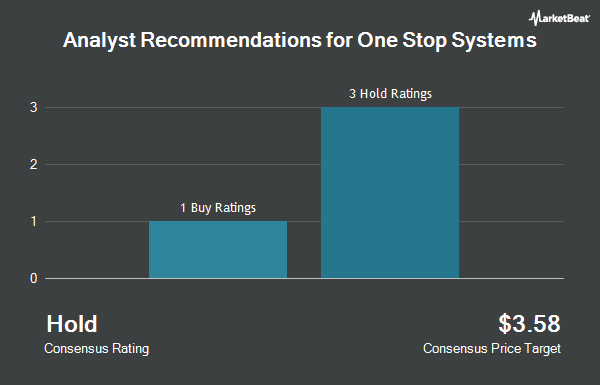 Complete the form below to receive the latest headlines and analysts' recommendations for One Stop Systems with our free daily email newsletter: