Jefferies Financial Group upgraded shares of Liberty Global (NASDAQ:LBTYA) from a hold rating to a buy rating in a research note published on Wednesday morning, Price Targets.com reports. They currently have $36.40 price objective on the stock, up from their previous price objective of $28.30.

In other Liberty Global news, CFO Charles H. R. Bracken sold 43,330 shares of the company’s stock in a transaction dated Thursday, August 12th. The stock was sold at an average price of $28.73, for a total value of $1,244,870.90. Following the transaction, the chief financial officer now directly owns 88,785 shares in the company, valued at approximately $2,550,793.05. The sale was disclosed in a filing with the Securities & Exchange Commission, which is available through this hyperlink. 9.41% of the stock is owned by corporate insiders.

Liberty Global Plc is an international television and broadband company, which engages in the provision of broadband communications services. It operates through the following geographical segments: U.K. and Ireland, Belgium, Switzerland, Central and Eastern Europe, and Central and Corporate. Its products include broadband, WiFi, connectivity products, TV platforms, and TV content.

Recommended Story: What are the disadvantages of after-hours trading? 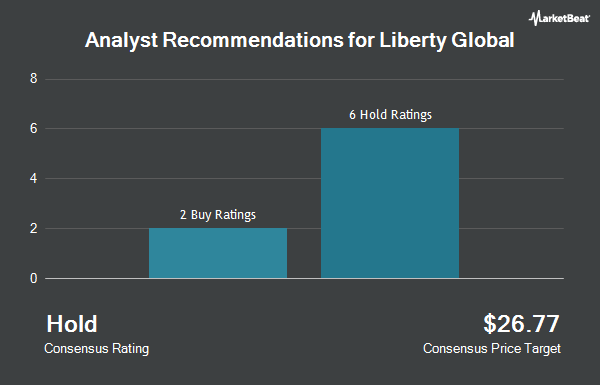 $1.30 Earnings Per Share Expected for Ecolab Inc. This Quarter

Complete the form below to receive the latest headlines and analysts' recommendations for Liberty Global with our free daily email newsletter: