JPMorgan Chase & Co. lowered shares of Associated British Foods (OTCMKTS:ASBFY – Get Rating) from an overweight rating to a neutral rating in a report released on Tuesday, The Fly reports.

The company also recently declared a dividend, which will be paid on Friday, July 22nd. Investors of record on Friday, June 10th will be issued a $0.139 dividend. The ex-dividend date of this dividend is Thursday, June 9th. This represents a dividend yield of 2.55%. 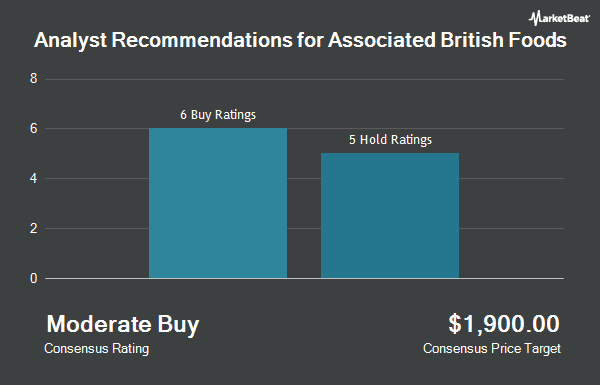 Complete the form below to receive the latest headlines and analysts' recommendations for Associated British Foods with our free daily email newsletter: