The company also recently declared a quarterly dividend, which will be paid on Friday, September 9th. Stockholders of record on Monday, August 15th will be given a dividend of $0.338 per share. This is a positive change from Exelon’s previous quarterly dividend of $0.34. This represents a $1.35 annualized dividend and a dividend yield of 3.02%. The ex-dividend date of this dividend is Friday, August 12th. Exelon’s dividend payout ratio (DPR) is currently 49.82%.

In other news, CEO John Tyler Anthony sold 4,451 shares of the stock in a transaction on Wednesday, May 18th. The stock was sold at an average price of $47.49, for a total value of $211,377.99. Following the sale, the chief executive officer now directly owns 974 shares in the company, valued at $46,255.26. The sale was disclosed in a legal filing with the SEC, which can be accessed through this hyperlink. Insiders own 0.19% of the company’s stock.

Hedge Funds Weigh In On Exelon 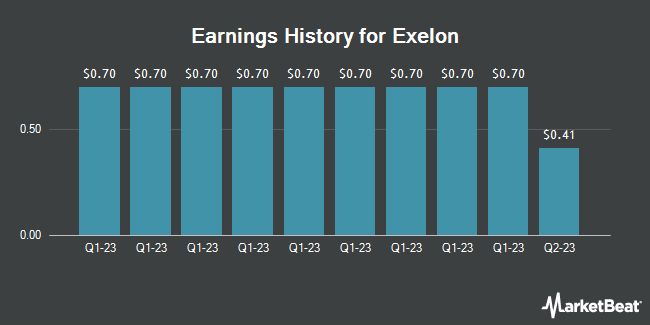 Receive News & Ratings for Exelon Daily - Enter your email address below to receive a concise daily summary of the latest news and analysts' ratings for Exelon and related companies with MarketBeat.com's FREE daily email newsletter.

Complete the form below to receive the latest headlines and analysts' recommendations for Exelon with our free daily email newsletter: