SeaBridge Investment Advisors LLC reduced its stake in shares of Fox Co. (NASDAQ:FOX – Get Rating) by 54.3% in the first quarter, according to its most recent disclosure with the Securities and Exchange Commission. The firm owned 13,716 shares of the company’s stock after selling 16,290 shares during the quarter. SeaBridge Investment Advisors LLC’s holdings in FOX were worth $498,000 at the end of the most recent quarter.

Separately, Wolfe Research lowered shares of FOX to a “peer perform” rating and lowered their price objective for the stock from $52.00 to $39.00 in a research note on Thursday, June 2nd.

Want to see what other hedge funds are holding FOX? Visit HoldingsChannel.com to get the latest 13F filings and insider trades for Fox Co. (NASDAQ:FOX – Get Rating). 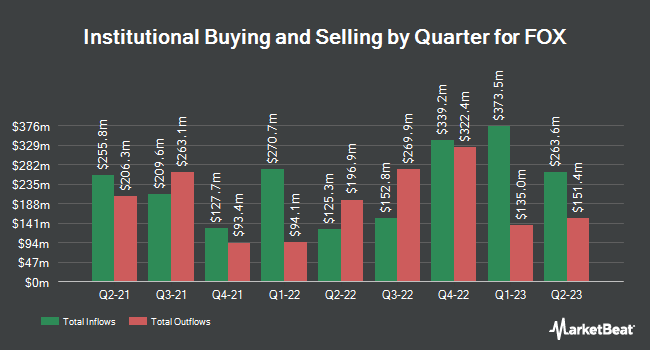 Receive News & Ratings for FOX Daily - Enter your email address below to receive a concise daily summary of the latest news and analysts' ratings for FOX and related companies with MarketBeat.com's FREE daily email newsletter.

Complete the form below to receive the latest headlines and analysts' recommendations for FOX with our free daily email newsletter: