Agilent Technologies (NYSE:A – Get Rating) had its target price increased by stock analysts at Wells Fargo & Company from $130.00 to $135.00 in a note issued to investors on Wednesday, Benzinga reports. The brokerage currently has an “equal weight” rating on the medical research company’s stock. Wells Fargo & Company‘s price target points to a potential upside of 1.68% from the company’s previous close. 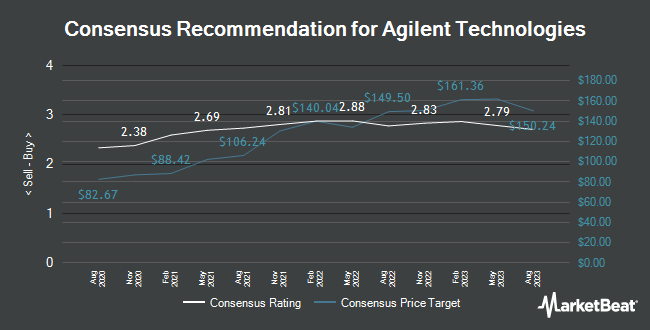 Equilibria Price Down 9% Over Last 7 Days

Complete the form below to receive the latest headlines and analysts' recommendations for Agilent Technologies with our free daily email newsletter: