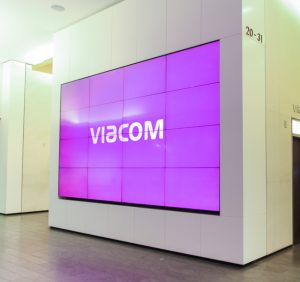 The anticipated merger of CBS Corp. (NYSE:CBS) and Viacom (NASDAQ:VIA) now looks like it’s not going to happen. National Amusements has withdrawn its proposal for the two companies to explore a merger. National Amusements controls 80 percent of the voting shares of the two entertainment companies. After the announcement, Viacom’s stock dropped 7.4 percent in early Monday trading and CBS shares were down 2.9 percent.

In letter to the members of both companies’ boards, National Amusements said: “Over the past few months, after careful assessment and meetings with the leadership of both companies, we have concluded that this is not the right time to merge the companies.” It later stated: “Based on our assessment of the strengths, progress, and future prospects of both companies, we are requesting that the boards discontinue their discussions at this time and focus instead on their independent paths forward.”

Viacom and CBS have operated as separate companies since their split in 2006. National Amusements had called on the companies to explore a possible recombination in late September. At the time, National Amusements said it believed a merger could “allow the combined company to respond even more aggressively and effectively to the challenges of the changing entertainment and media landscape.”

National Amusements is privately owned by Sumner Redstone and his daughter Shari. Sumner Redstone, who was board chairman of Viacom and CBS until he stepped down earlier this year, is CEO of National Amusements, while Shari Redstone is president. According to the letter, signs of improvement at Viacom under newly appointed CEO Bob Bakish prompted the withdrawal of the proposal.

According to sources with knowledge of the negotiations, discussions never went beyond a preliminary stage. One of the sticking points was the valuation for Viacom amid its recent U.S. ratings challenges. Viacom has been struggling with sluggish ratings at its cable networks while losing younger audiences to streaming services such as Netflix. Changing dynamics in the pay-TV business have also been causing issues for the company.

Now, Viacom will be under pressure to find an alternative plan to profitability in an unforgiving media environment. In its letter to the companies’ boards, National Amusements said: “We know Viacom has tremendous assets that are currently undervalued, and we are confident that with this new strong management team, the value of these assets can be unleashed.”

Hannover Rück SE Given Average Rating of “Hold” by Brokerages

Ondas and Its Competitors Critical Comparison