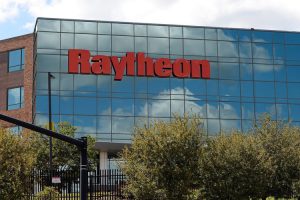 The White House has decided to limit arms sales to Saudi Arabia, directly targeting a sale by Raytheon Co. (NYSE:RTN). The administration has made the decision to block the sale of about 16,000 guided munitions kits by Raytheon to the Middle Eastern country over Saudi Arabia’s military actions in Yemen. The kits, valued around $350 million, upgrade so-called dumb bombs to smart bombs that can more accurately hit targets.

The United Nations has condemned Saudi Arabia a number of times for attacking civilians in its participation in Yemen’s civil war. Yemen’s conflict began in 2014 when the Houthis stormed the capital, Sana, and exiled the internationally recognized government. A military coalition led by Saudi Arabia has been bombing the rebels to dislodge them from the capital and restore the government. The United Nations says more than 10,000 people have been killed in the conflict so far.

Administration officials attribute the civilian casualties to poor targeting and says that upgrading the bombs would not help targeting if the Saudi-led coalition in Yemen did not choose its targets properly. The bombing in October of a funeral hall in Yemen that killed over 100 people and wounded hundreds of others was used as an example of the devastation caused by the targeting errors. The United States blocked a sale of cluster munitions to Saudi Arabia earlier this year because of similar concerns.

Under the administration of President Obama, arms sales to the Saudis have totaled $56.6 billion between fiscal 2009 and 2015, according to the most recently available data from the Defense Security Cooperation Agency. The State Department has also approved $115 billion in potential sales. Between fiscal 1950 and 2008, sales to Saudi Arabia totaled $76.5 billion.

Several defense contractors have the Middle East as the cornerstone of their international growth strategies. General Dynamics Corp. is looking to get a deal approved by the State Department to sell $1.15 billion in Abrams battle tanks to Saudi Arabia. ManTech International Corp. won a five-year, $175 million contract to provide technical support for the Royal Saudi Air Force’s fleet of F-15s. Booz Allen Hamilton Inc., which currently has offices in Saudi Arabia, is interested in expanding its consulting work in the Middle East.

UK Prime Minister Theresa May says the UK will continue selling weaponry to Saudi Arabia despite Saudi Arabia’s questionable human rights record. The UK has licensed around £3 billion worth of arms to Saudi Arabia since 2015. Those arms have included aircraft, drones, bombs, missiles, armored vehicles, and tanks.

Zcash Trading Down 6.1% Over Last 7 Days