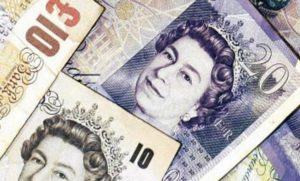 Voting to leave the European Union has cost the UK greatly, according to the latest Global Wealth Report from the Credit Suisse Research Institute. According to the report, around $1.5 trillion (£1.2 trillion) in household wealth has been wiped out in the UK since the vote in June. Wealth per adult has fallen by $33,000, to $289,000, since the end of June.

No major global economy has lost more wealth than the UK in 2016. The value of the pound has crashed to a 31-year low against the dollar, making it the worst performing of the major currencies worldwide. The only nation to come close, China, has had its currency fall by roughly half the amount of the UK’s fall.

When a currency depreciates against the dollar, the wealth of a nation will fall. The pound has now fallen around 15 percent versus the dollar to trade at roughly $1.24. Since last year, the UK has lost more in percentage terms than Turkey and Colombia. Argentina fell by 27 percent and Ukraine saw a 19 percent drop.

Sharp declines in the exchange rate and the stock market were seen as a direct consequence of the Brexit vote. Total wealth in the UK now stands at $14.15 trillion, down nearly 10 percent from the previous year. The UK holds 5.5 percent of the world’s wealth, in fourth place behind the US (33.2 percent), Japan (9.4 percent), and China (9.1 percent).

The UK still remains wealthy when compared with other nations. Britain remains third overall globally when it comes to wealth per adult in major economies, coming behind Switzerland and the USA. The overall wealth of Brits actually increased over the course of the past year when excluding the dollar-denominated fall. As of the end of June, wealth per adult in pounds sterling was 6 percent higher than its level a year earlier.

The annual Global Wealth Report tracks the distribution of wealth across the world. Overall wealth is measured by combining financial assets and physical assets while subtracting debts. The report also identifies the world’s richest countries.

The global wealth study also predicted that around 945 billionaires will be created globally in the next five years. That would give the world nearly 3,000 billionaires. China is projected to add more billionaires than all of Europe combined. The number of millionaires in China is expected to rise by more than 70 percent in the same time period.

Cielo Raised to Buy at Citigroup