France To End Sales Of Gas And Diesel Vehicles 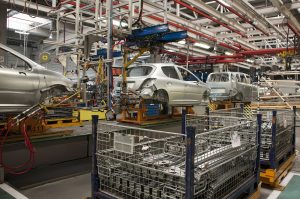 France has announced that it aims to end the sale of gasoline and diesel cars in the country by 2040. The announcement was made by Nicolas Hulot, the French environment minister. Mr. Hulot said that the government would make investments to meet that target, including providing poorer households with financial assistance to replace older, more polluting vehicles with cleaner ones. It is not yet clear what will happen to existing fossil fuel vehicles still in use in 2040.

The announcement comes a day after Volvo said it would not introduce any new designs powered solely by conventional internal combustion engines. The announcement was a first for a major carmaker. All of Volvo’s new models beginning in 2019 will be either battery-powered cars or hybrids that combined electric motors with diesel or gasoline engines.

Mr. Hulot referred to Volvo’s announcement during his remarks in Paris. France has begun to embrace electric vehicles over those that run on gasoline and diesel fuel. Sales of electric cars have been growing fast. However, hybrid cars currently make up about 3.5 percent of the French market, while pure electric vehicles account for 1.2 percent.

France is joining a growing movement to force the extinction of vehicles that run on fossil fuels to fight climate change and urban smog. Countries like Norway and India have set out even more ambitious targets. Norway plans to sell only electric cars starting in 2025. India set a target date of 2030.

Mr. Hulot also outlined a broader effort by France to limit global warming. France plans to become carbon neutral by 2050. Mr. Hulot gave no specifics about how the government planned to meet its target. Reports say that those plans include the end of using coal to produce electricity by 2022 and ending the issuance of new oil and gas exploration permits.

France’s move could put pressure on Germany and other European countries also to promote electric vehicles. The German government previously announced a plan to put one million electric vehicles on the country’s roads by 2020, but has since admitted that it will fall far short of its goal.

SolarEdge Technologies Lifted to “Buy” at Bank of America

Magnite, Inc. Given Average Rating of “Buy” by Brokerages