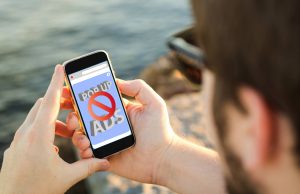 A recent survey from PageFair found that ad blocking by mobile users has increased 90 percent year-over-year. Out of the world’s 1.9 billion smartphone users, about 22 percent, or 419 million people, used some type of ad blocking software to prevent ads from displaying on their handsets. Roughly 200 million people also have ad-blocking software on their desktop computers.

The use of ad blocking software is not as prevalent in the North America and Europe. For those two regions combined, there are about 14 million monthly active users of ad blocking programs. However, many experts are saying that it is only a matter of time before ad blocking becomes just as widespread in these regions as it is in the emerging market nations. Many of the web browsers used in the United States already have ad blocking programs included that the user can opt into.

This is bad news for the companies that rely on internet advertising for much of their revenue. Some web pages rely almost exclusively on advertising to keep going. An August report published by PCMag estimated a loss of $21.8 billion in advertising revenue in 2015 alone. Marketers around the world are struggling to meet sales goals.

Opponents of ad blocking claim that the use of this type of software violates the implicit contract that people agree to when viewing online material. Much of the content on the Internet is free because the creators are paid through advertising revenue. Concerns have also been raised that ad blocking software violates net neutrality rules, which require all online data to be treated equally. However, the use of ad blocking has yet to be challenged in courts.