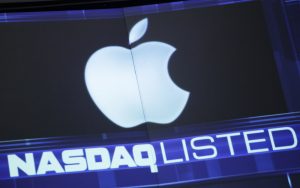 Caltech has just filed a legal complaint against both Apple and Broadcom in which the school accuses these companies of illegally using their proprietary Wi-Fi patents.  In the complaint, the university shows that Apple had used their four patents in its manufacturing process.  More specifically, Caltech points to the fact that Apple, indeed, deployed these patents in just about every product the tech giant has released since the iPhone 5.  And more importantly, Caltech alleges that Apple was widely aware that doing this was in direct violation of intellectual property rights.

Officials with the school say that among the many reasons for bringing this lawsuit is the purpose of stopping the sale of Apple products using the patented technology so that they can recover damages.

The patents under scrutiny today are important to the balanced running of 802.11n and 802.11ac wi-fi.  This has become the most recent standard in wi-fi technology.

Experts explain that lawsuits like this—a university suing a major tech company or partnership—happen out of a sense of principle as opposed to improving finances on the short term (as is generally the case with smaller tech companies).  Of course, Caltech hopes to receive “adequate” compensation for this, but the university has refused to comment on a specific dollar amount; and have neither contributed much more to the report.

You may recall that Apple was in court over a similar dispute last year when the University of Wisconsin (Madison) argued that Apple violated a tech patent in regards to CPU performance.

In that particular case, the jury, in fact, concluded that the A7, A8, and A8X processors which Apple used in the iPhone 5s, the iPhone 6, and the iPhone 6 Plus, as well as a handful of iPad variants, did actually make use of this unlicensed technology. Since the Wisconsin Alumni Research Foundation did actually patent the technology, the jury found Apple guilty of patent infringement.

In this case, the iPhone manufacturer was instructed to pay damages in the amount of $234 million to the University of Wisconsin.  Many have argued that Apple’s punishment was more a slap on the wrist since the maximum damages allowed could have been upwards of $862 million.

Similarly, Caltech has requested a jury trial in this case, probably hoping they will reach a similar verdict and suggest an appropriate damage payout that is “just and equitable” (though they have not specified, exactly, what that is).

TapImmune Inc. Given Consensus Recommendation of “Buy” by Brokerages