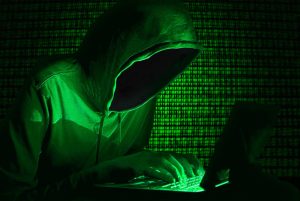 Attorney General Jeff Sessions announced the seizure of AlphaBay at a news conference in Washington. Visitors to AlphaBay and Hansa Market found messages from the authorities announcing the seizure of the sites. News of the joint operation sent the dark net community into a panic. AlphaBay and Hansa Market were successors to the first and most famous online black market, Silk Road, which was taken down by authorities in October 2013.

AlphaBay was taken down in early July. The site had about 200,000 users and 40,000 vendors, roughly 10 times the size of Silk Road. According to recently unsealed legal documents, the reported founder of AlphaBay, Canadian Alexandre Cazes, reportedly enlisted about 10 deputies to administer the site and resolve disputes. Those 10 were not identified in the document, but authorities said the investigation was ongoing.

The authorities arrested Mr. Cazes at his home in Bangkok on July 5. Officials said they found Mr. Cazes because he had posted his personal email address in some early messages from AlphaBay. Mr. Cazes had his laptop open and was logged in to AlphaBay at the time of his arrest, providing the authorities with access to all of AlphaBay’s hidden servers and financial accounts. The authorities moved quickly to seize Mr. Cazes’ substantial assets, including properties in Antigua, Cyprus and Thailand; 10 vehicles; and financial assets of about $18 million. Mr. Cazes committed suicide in his jail cell shortly after he was arrested

AG Sessions said, “This is likely one of the most important criminal investigations of this entire year, I have no doubt about that. Most of this activity was for illegal drugs, pouring fuel on the fire of the national illegal drug epidemic.” Many vendors on AlphaBay were selling synthetic opioids, like fentanyl, which has played a central role in the nationwide overdose epidemic. The authorities said 122 vendors had been advertising fentanyl on the site. Hansa Market had about 1,800 vendors selling drugs of all sorts

The Dutch national police recently announced that they had taken control of Hansa Market in June and arrested two men accused of operating the online marketplace in Germany. Authorities said that in the days after AlphaBay went down, the number of vendors operating on Hansa Market jumped to 8,000 on an average day from 1,000.

Dutch authorities have been operating the site for the past month, gathering identifying details on the vendors and customers involved in the 50,000 transactions that took place. Dutch police released a statement saying, “In the past weeks, the police have intercepted tens of thousands of nonencrypted messages between sellers and buyers about orders. They were also able to identify the delivery address for a large number of orders.” The statement went on to say that about 10,000 foreign addresses of Hansa Market buyers have been passed on to Europol.

PIXEL Trading Up 13.6% Over Last Week