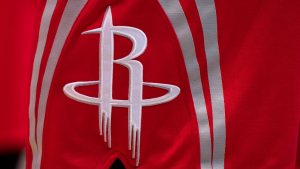 Change is coming to Houston’s basketball scene after more than two decades of stability. After 24 years of ownership, Leslie Alexander is putting the Houston Rockets up for sale. Rockets CEO Tad Brown made the announcement at a Monday afternoon news conference.

The revelation caught some of the people in the NBA completely off-guard. Even Brown said the decision caught him by surprise. Brown emphasized in his remarks that Alexander has no health issues that would have led to the decision.

Alexander said in a statement, “It’s been my great joy and honor to own the Houston Rockets for the past 24 years.” The statement continued, “I’ve made this decision after much deliberation with my family and friends, and do so knowing the franchise is in great shape with the players, coaches and management team in place.”

Alexander is among the longest-tenured owners in North American professional sports. The Rockets won consecutive NBA championships in Alexander’s first two seasons as owner and had the fifth-best winning percentage in his tenure. In a league statement, NBA Commissioner Adam Silver called Alexander “well respected” and “a true competitor who always searched for the right move to make his teams better.”

Alexander’s reportedly going to be selling the team himself, rather than enlisting an outside firm. Brown said there is no specific timetable for the sale of the team, but Alexander’s looking to complete the sale “sooner rather than later.” He has not yet begun negotiations with any prospective owner or group.

Brown said Alexander is committed to finding a buyer that will keep the team in Houston. The Rockets’ lease with Toyota Center runs through 2033.

The price tag for the Rockets could run as high as $2 billion. Alexander paid $85 million to buy the team from Charlie Thomas in July of 1993. In February, Forbes valued the franchise at $1.65 billion. Forbes’ valuation would make the Rockets the eighth most valuable team in the NBA.

Brown will oversee the effort to sell the team in consultation with the league. The NBA does have a list of prospective buyers that have shown interest in purchasing a team. Prospective bidders would be eager to get their hands on a franchise that already has both a superstar player and a highly regarded top basketball executive.

The Clutch City Foundation, the team’s charitable wing, has raised in excess of $35 million for local charities. Local libraries, women’s centers and homeless shelters have all benefitted from his generosity. In his statement, Alexander said, “The Houston community has been home to me; I will continue to support the charities I have made commitments to throughout the years.”