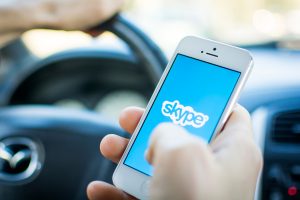 Skype parent Microsoft (NASDAQ:MSFT) has announced that small businesses can now try out a free version of Skype. Skype is one of the most popular services for making calls and messaging. Skype Meetings, a new variant of the audio- and video-conferencing software, offers features like the ability to share your screen and to collaborate on PowerPoint presentations.

Skype Meetings is the company’s first web-based product after the beta release of Skype for Web last year. Skype Meetings is very similar to the free version of Skype. Skype Meetings lets you set up meetings with as many as 10 participants initially, but after the first 60 days, the number drops to three people. However, the advantages over Skype’s standard version is the addition of a few business tier features and the ability to work directly in a browser.

Users can get their own personal URL so they can join the meeting from any device. Any of the participants can use a laser pointer or whiteboard tools to highlight specific areas of the screen. There are also useful tools that can help the meeting organizer maintain control over the meeting.

Microsoft is marketing the new version of Skype as a simple way for small companies to set up video calls. Microsoft is hoping that business users who try Skype Meetings may then decide to move up to Skype for Business. The company advertises Office 365 on the Skype Meetings webpage.

Microsoft has also announced plans to update its Dynamics business software line. The update will unify its cloud offerings for back-office functions with its customer relationship management, or CRM, tools like Power BI and Cortana Intelligence. The new version will be called Microsoft Dynamics 365 and is predicted to be released this fall.

Dynamics 365 will connect to Office 365. Microsoft believes that offering the Dynamics product line as a consolidated service will make the company more competitive in the market for business apps. Dynamics programs that customers install and run in their own data centers will continue to remain separate products for the moment.

Schaeffler Given a €11.00 Price Target at JPMorgan Chase & Co.

Deutsche Boerse Given a €155.00 Price Target at UBS Group

Continental Given a €115.00 Price Target at Oddo Bhf