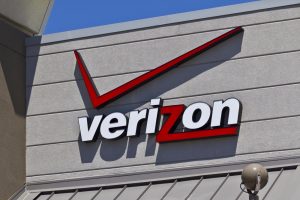 Verizon Communications Inc. (NYSE:VZ) has reportedly renegotiated its $4.8 billion agreement to buy Yahoo! Inc.’s (NASDAQ:YHOO) internet properties, reducing the price by about $250 million. The revised agreement isn’t final and could still change, said the people, who asked not to be identified discussing private information. An announcement of the new agreement could come in a matter of days.

The deal was first announced in July of last year. According to people familiar with the matter, the deal was renegotiated after the revelation of security breaches at the web company. Yahoo didn’t disclose the breaches to Verizon in the due diligence process of the deal. The amount of the discount is less than many following the events had anticipated. Some thought Verizon would demand up to $1 billion in a discount for the assets.

In December, Yahoo announced a security breach that compromised sensitive user information for nearly 1 billion accounts, including e-mail addresses, scrambled account passwords and dates of birth. The security breach, which occurred in August 2013, was unearthed by forensic experts after law enforcement investigators alerted the company to a potential hack of its systems.

That announcement followed news in September of another breach in 2014 that affected at least 500 million customer accounts. The breaches are believed to be the largest ever reported. Yahoo also recently warned some users that forged cookies used in a breach disclosed in late 2016 could allow access to some user information without passwords having to be re-entered.

The hacks have already set off a round of lawsuits. The U.S. Federal Trade Commission and the U.S. Securities and Exchange Commission, along with other federal, state, and foreign governmental officials and agencies, are reportedly investigating Yahoo’s actions surrounding the 2014 hack. Yahoo has said that it is cooperating with the investigations.

After the first breach was revealed, sources claimed that Verizon was not going to seek a price reduction. However, after more news emerged about the incidents, Verizon had sought either a discount or termination of the deal after the revelation of the hacks. Last month, Yahoo said the assessment of the impact from the breaches would delay the sale to the second quarter of 2017. The deal was originally expected to close in the first quarter.

Yahoo Chief Executive Officer Marissa Mayer is under pressure to conclude the deal. The agreement came after nearly ten years of corporate disorder and investor unhappiness over Yahoo’s inability to effectively compete with Facebook and Google. A series of executives have been unable to resuscitate the company’s growth. The sale to Verizon was considered a victory for Yahoo. Yahoo shares rose 2 percent on the news that it had reached a tentative deal.