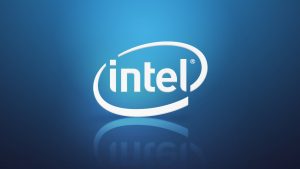 Israeli autonomous-driving company Mobileye (NYSE: MBLY) is being acquired by Intel (NASDAQ: INTC) for $63.54 a share in cash, or roughly $15.3 billion. The offer represents at 34.5 percent premium on Mobileye’s $47.27 stock price at Friday’s close. Intel CEO Brian Krzanich said of the deal, “This acquisition is a great step forward for our shareholders, the automotive industry, and consumers.”

Mobileye was cofounded in 1999 by Amnon Shashua and Ziv Aviram. The company develops vision-based driver-assistance tools that provide warnings before collisions. The company received an investment of $130 million from Goldman Sachs in 2007. Goldman Sachs and Morgan Stanley took the company public in 2014. Mobileye had adjusted net income of $173.3 million in 2016 and employs around 600 people.

The chip making giant and the sensor company made the announcement early Monday. The deal has been approved by the Intel and Mobileye Boards of Directors. The transaction is expected to close within the next nine months, subject to certain regulatory approvals and other closing conditions. Mobileye rose about 30 percent in premarket trading Monday after the announcement.

According to the agreement, a subsidiary of Intel will offer to acquire all of the issued and outstanding ordinary shares of Mobileye. According to the news release, the acquisition will combine the technologies from both companies “to deliver driving solutions that will transform the automotive industry.” Krzanich said, “Together, we can accelerate the future of autonomous driving with improved performance in a cloud-to-car solution at a lower cost for automakers.”

The combined organization will be headquartered in Israel and led by Shashua. Intel Senior Vice President Doug Davis will oversee the combined organization’s engagement across Intel’s business groups. Aviram said, “By pooling together our infrastructure and resources, we can enhance and accelerate our combined know-how in the areas of mapping, virtual driving, simulators, development tool chains, hardware, data centers and high-performance computing platforms.”

Intel said it expected the transaction to immediately boost its non-GAAP earnings per share as well as its free cash flow. Intel intends to fund the acquisition with cash from the balance sheet. Raymond James & Associates, Inc. serves as financial advisor and Morrison & Foerster LLP serves as legal counsel to Mobileye. Citi and Rothschild Inc. serve as financial advisors and Skadden, Arps, Slate, Meagher & Flom LLP serves as legal counsel to Intel.

The Intel-Mobileye deal is the latest investment by a technology company in the future of self-driving cars. Last October, Qualcomm announced a $47 billion deal to acquire automotive chip supplier NXP. The Qualcomm-NXP deal is expected to close later in 2017, subject to regulatory and shareholder approvals.

Catex Token Price Down 6.5% This Week