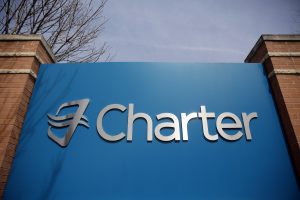 Charter Communications Inc. has won a reprieve from the U.S. Federal Communications Commission. The FCC has voted to eliminate a merger requirement that would have forced Charter to expand its network into territories served by other high-speed broadband providers. An FCC spokesperson has confirmed the move prior to the full order being released.

In May 2016, Charter agreed to extend high-speed internet access to 2 million customers within five years, with 1 million served by a broadband competitor, as a condition of approval for its acquisition of two cable companies, Time Warner Cable and Bright House Networks. The FCC said the time that “overbuilding” in areas served by only one ISP would bring lower prices and greater choice to consumers. Cable companies tend to avoid competing with each other whenever possible. Most households only have one option for wired internet provider, which gives cable companies the leverage to charge high prices for slower speeds.

Critics argued that the condition would result in Charter bulldozing smaller service providers, rather than increasing competition with other giants like Comcast. Charter is the second-largest cable company in the United States, serving 26 million residential and business customers in 41 states. The American Cable Association petitioned the FCC to reverse the requirement in 2016. The group called the requirement “stunningly bad and inexplicable government policy” and warned of “devastating effects on the smaller broadband providers.”

Current FCC Chairman Ajit Pai, a commissioner in the GOP minority at the time of the merger, voted against the deal in opposition to the overbuild caveat. One of Pai’s core goals is to expand broadband access to rural areas that still don’t have it. Under the revised FCC order, Charter must add service to 2 million additional potential subscribers in places without existing service. Charter is required to finish the buildout to two million new locations by May 2021.

Supporters say the move ensures that more people without access to high-speed broadband will have an option in the future. The American Cable Association said in a statement, “By modifying the overbuilding condition, the FCC enables Charter to more fully devote our resources and attention to building out high-speed broadband to areas without it today.” The decision marked the latest reversal of Obama-era requirements by the new Republican-led FCC under President Donald Trump.