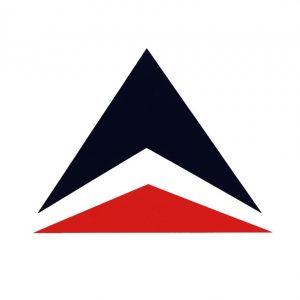 Delta Air Lines (NYSE:DAL) and Alaska Airlines (NYSE:ALK) have confirmed that they will officially terminate their frequent-flier and codeshare partnerships at the end of April. In nearly simultaneous announcements, the two airlines revealed the news. On their websites, each carrier detailed how the change would affect their customers.

The frequent-flier partnership allowed their frequent-flier members to earn and redeem miles on either carrier’s flights. Now, customers of each airline will no longer be able to earn and redeem Delta miles or Mileage Plan miles on flights operated by the other carrier. The codesharing deal allowed the airlines to sell seats on some of each other’s flights. The carriers will retain an interline agreement, allowing them to continue offering customers ticketing and baggage connectivity.

Delta said in its statement that “the decision is a positive milestone for both airlines as Alaska focuses on its merger integration with Virgin America and Delta focuses on creating more customer choice at its Seattle-Tacoma International Airport hub.” Alaska Air closed on its acquisition of California-based Virgin America last week.

While once close partners, their relationship has deteriorated in recent years. Delta could connect its international passengers to other U.S. destinations via Alaska Air’s Seattle hub. However, Delta began building its own hub in Alaska Air’s hometown of Seattle and many of Delta’s new routes began to compete head-to-head with Alaska Air’s. Delta’s move to build up its own hub at Seattle sparked a turf war between the two carriers.

Alaska Air also announced it would reduce the number of miles for short-haul one-way award tickets to as low as 5,000 miles. The number of miles needed for longer trips also have been reduced. All elite-level frequent-fliers will be eligible for complimentary upgrades on mileage award tickets when flying on Alaska-operated flights.

Delta also has a robust frequent-flier program. One-way tickets for flights within the US 48 and Alaska start at just 10,000 miles, plus taxes and fees. Delta customers also earn miles when flying with any of the carrier’s 25 partner airlines, including Virgin Atlantic, Virgin Australia, Air France, KLM and Aeromexico.