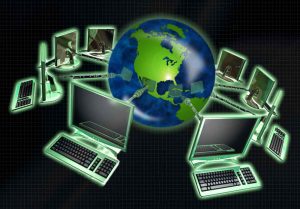 The Federal Communications Commission has canceled the participation of nine companies in a federal assistance program that provides broadband to low-income people. Until the announcement, the companies were able to sell broadband-only plans to eligible people in many states. The nine providers named were Spot On, Boomerang Wireless, KonaTel, FreedomPop, AR Designs, Kajeet, Liberty, Northland Cable, and Wabash Independent Networks.

The order from the FCC Wireline Competition Bureau claimed that the commission was trying to eliminate fraud in the Lifeline phone subsidy program. The order said that the change “would promote program integrity by providing the Bureau with additional time to consider measures that might be necessary to prevent further waste, fraud, and abuse in the Lifeline program.” Former FCC Chairman Tom Wheeler also attempted to reduce fraud in the program during his tenure. Wheeler established a verification program to prevent providers from enrolling ineligible subscribers.

The change in policy rolls back a decision made by the commission’s former Democratic leadership. Newly appointed FCC Chairman Ajit Pai said, “These last-minute actions, which did not enjoy the support of the majority of commissioners at the time they were taken, should not bind us going forward.” There are still more than 900 other providers in the Lifeline program that can give low-income residents subsidies to buy broadband. However, the FCC acknowledged in its decision that some low-income people “will see their monthly bills increase by no more than $9.25” as a result.

The FCC had no difficulty overturning its own January 18 order because the agency can set aside any action established within 30 days. The December 1 approval could be set aside because the Tribal Telecommunications Association (NTTA) filed a petition for reconsideration of the approval within 30 days of that decision.