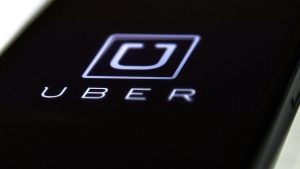 Two prominent Uber executives have announced that they are leaving the company amid a spate of recent scandals. Since the beginning of 2017, Uber has seen non-stop controversies. Several weeks ago, Uber chief executive Travis Kalanick announced that he would seek “leadership help” and revealed plans to hire a chief operating officer.

Uber’s president Jeff Jones has officially quit as of March 19, after just six months on the job. Jones was lured from Target last September to serve as president of Uber’s ride-sharing business. Jones said in an interview, “It is now clear, however, that the beliefs and approach to leadership that have guided my career are inconsistent with what I saw and experienced at Uber, and I can no longer continue as president of the ride sharing business.”

The company said in a statement, “We want to thank Jeff for his six months at the company and wish him all the best.” However, in a note to staff, Kalanick offered a different reason for Jones’ departure, saying, “After we announced our intention to hire a COO, Jeff came to the tough decision that he doesn’t see his future at Uber. It is unfortunate that this was announced through the press but I thought it was important to send all of you an email before providing comment publicly.”

Brian McClendon, the vice president of maps and business platform, also departed from Uber this month. McClendon said that he was interested in pursuing politics in his native Kansas in a statement provided by the company, saying “This fall’s election and the current fiscal crisis in Kansas is driving me to more fully participate in our democracy — and I want to do that in the place I call home.”

Since Uber’s troubles began in January, there have been a wave of executive departures, including the departures of Ed Baker, the vice president for product and growth; Raffi Krikorian, a senior engineering director; and Gary Marcus, whose company Uber acquired in December. Uber’s senior vice president of engineering, Amit Singhal, left the company in February after allegations of sexual harassment at Google, his previous employer, surfaced.

The recent departures adds to the list of problems that have hit the company hard in recent weeks. Here are some of the most recent:

A report in the New York Times detailed Uber’s use of “Greyball” software to evade regulators charged with enforcing local laws. The company said it prohibited “its use to target action by local regulators going forward,” and would review how it uses the software.

Kalanick was caught on video arguing with one of the company’s drivers over changes to the service that reduced drivers pay. Kalanick publicly apologized after the video surfaced.

Google’s self-driving arm, Waymo, filed a lawsuit against Uber last month over claims that three former employees took trade secrets to Uber and that its technology was modeled off stolen intellectual property. A judge has been asked to prohibit Uber from using the technology until the matter is settled.

A former employee accused the company of not handling sexual harassment and discrimination complaints from female employees properly. Uber hired former attorney general Eric Holder to lead a review of those allegations.

The company faced a boycott by consumers after continuing to operate during a taxicab protest at New York’s John F. Kennedy Airport that was launched over President Trump’s first travel ban. Kalanick stepped down as an economic adviser to Trump as a result.