Disney Scores Big With ‘Beauty And The Beast’ Remake 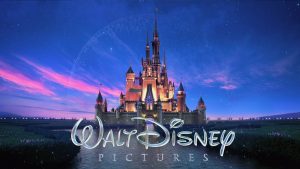 Disney’s (NYSE:DIS) Beauty and the Beast has set a new box office record. Disney’s live-action remake of the beloved 1991 animated classic averaged $40,380 per location from 4,210 theaters on its opening weekend, reaching a spectacular estimated $170 million domestically this weekend. That was the highest domestic debut for a March title in history.

The record beats the $166 million total posted by Batman v Superman: Dawn of Justice about a year ago. The Bill Condon-directed film is also the No. 2 March debut of all time both globally and internationally. Beauty and the Beast also beat The Jungle Book‘s IMAX record for a PG-rated film at $21 million worldwide vs. $20 million worldwide, respectively.

There are still openings to come. Beauty and the Beast is set to open in numerous markets this week, including France, Australia, Belgium, Hungary, Israel, Trinidad and Argentina. Then, the movie will open in Japan on April 21. Beauty is scheduled to open on 22 more IMAX screens in nine markets next frame.