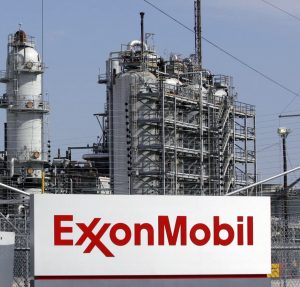 ExxonMobil (NYSE:XOM) has asked the U.S. Treasury Department for permission to bypass sanctions on Russia. A waiver would allow Exxon to resume its joint venture with Russian oil giant Rosneft. The financial incentives for Exxon are powerful when it comes to Russia. Exxon figures the sanctions cost it at least $1 billion since they were put into place.

The joint venture, formed in 2011, allowed Exxon to conduct offshore exploration in the Black Sea and the Kara Sea in Siberia. Those oil fields are thought to be the most promising in the Russian Arctic. The two firms also agreed to jointly establish a research center in the Arctic and develop more oil reserves in Siberia in 2012. In 2013, the firm collaborated on plans to build a large natural gas plant near Vladivostock in eastern Russia.

The U.S., European Union and other Western countries imposed sanctions on Russia in 2014 over its role in the crisis in Ukraine. Exxon was allowed to complete some of its projects, but was not allowed to start anything new. Rep. Adam Schiff, the top Democrat on the House Intel Committee, said in a statement, “The Treasury Department should reject any waiver from sanctions which would allow Exxon Mobile or any other company to resume business with prohibited Russian entities.”

The current political climate has drawn even more attention to the waiver request. The Trump administration is under intense scrutiny over its ties to Moscow. The FBI is investigating whether Trump’s campaign coordinated with Russian intelligence to tip the election in his favor. It is also alleged that Rosneft may have been a player in the Russian election meddling.

The current secretary of state, Rex Tillerson, spearheaded the Rosneft deal while CEO of Exxon. As Exxon CEO, Tillerson also lobbied the Obama administration to ease sanctions that were hurting Exxon’s business in Russia and paid hundreds of thousands of dollars to lobbying groups to make Exxon’s case. Tillerson received the Russian Order of Friendship in 2013.

The State Department is one of several government agencies that will oversee Exxon’s waiver application. Tillerson has recused himself from all government matters involving Exxon and has sold all his stock in the firm. The shares he would have received over the next decade are being placed into an independently managed trust.

Exxon has been operating in Russia for more than 20 years. A senior administration official said that the waiver request has been in the works since before the election. Under the terms of its agreement with Rosneft, Exxon could lose the concession in the Russian Black Sea if it doesn’t drill an exploratory well this year. Granting the request wouldn’t be unheard of. The European Union is granting sanctions waivers to its own companies, including Italian oil company Eni.