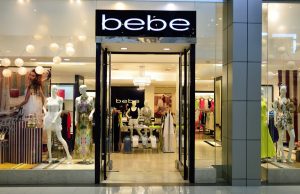 California-based Bebe Stores (NASDAQ:BEBE) has become the latest company to join the string of liquidations and bankruptcies that has hit the retail industry. The women’s clothing retailer announced that it was shutting down and closing all of its stores by the end May 2017. The company has hired a firm to hold a liquidation sale of all current merchandise and fixtures located in the stores.

The company detailed the store closures in a filing with the Securities and Exchange Commission submitted Friday. Bebe expects to recognize an impairment charge of approximately $20 million recorded in the third and fourth quarters of this year as a result of closing the remainder of its stores. Bebe’s stock initially fell more than 4 percent in premarket trading Friday morning on the news. Its stock has shed a quarter of its value this year.

Bebe was founded by Iranian-born immigrant Manny Mashouf in 1976. Mashouf took the company public in 1998. The brand became known for catering to “the confident, sexy, modern woman.” According to its website, Bebe had 180 stores at the end of 2016. The company said the sale of store equipment and furniture will be completed via a deal with Great American Group LLC and Tiger Capital Group LLC. Bebe will pay $550,000 for the two groups’ services plus 15 percent of what the company grosses from the store equipment sales.

Bebe is taking action following years of declining sales and losses. The company has lost money for the last four consecutive years. Sales have fallen in four out of the last five years.
During the latest quarter, sales fell 17 percent year over year, dropping to $101.9 million. The company has not specified what its future plans are.

The news of the closures came amid much speculation the company would transition to an online-only model. The company is reportedly trying to stave off bankruptcy by closing stores and moving its resources to e-commerce. This month, the company warned the California Employment Development Department of more than 700 cuts at various stores throughout the state along with the company’s headquarters and Los Angeles design studio. The chain had previously said it was committed to closing roughly 12 percent of its total outlets, which represented 21 locations.

A growing list of companies have filed for Chapter 11 bankruptcy protection in 2017. Earlier this month, Payless ShoeSource announced it will close about 400 of its stores in an attempt to reorganize. Wet Seal has also filed for bankruptcy. BCBG Max Azria and Abercrombie & Fitch have been shuttering stores as they struggle to compete.