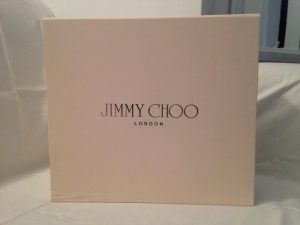 Luxury shoe brand Jimmy Choo (LON:CHOO) announced Monday that it was putting itself up for sale. Jimmy Choo became famous for its stiletto shoes and accessories and its fans have included the late Princess Diana and “Sex and the City” character Carrie Bradshaw. The brand was a big success, becoming the first footwear brand to list on a public market.

The brand is likely to attract interest from private-equity firms and luxury companies in Asia, the U.S. and Europe. According to people familiar with the matter, Michael Kors Holdings, LVMH, Kering and Coach Inc. may express interest in acquiring the brand. Talks with interested parties will take place on a confidential basis. According to the announcement, there have not yet been any bids for the brand.

Jimmy Choo’s largest shareholder, JAB Luxury, said it “is supportive of this process.” JAB, which acquired the brand in 2011 for 540 million pounds ($800 million at the time), owns a 67.6 percent stake in the company. A statement from Jimmy Choo said the sale process is likely to be completed by the end of the summer.

A China-led revival in demand has boosted luxury valuations. Since the news of the potential sale broke, Jimmy Choo shares have risen more than 9 percent. Prior to Monday’s announcement, shares in Jimmy Choo had increased 35 percent over the last year.

JAB may also be selling off Swiss leather goods brand Bally International and Belstaff, a British motocross-inspired brand, but no specific plans have been announced. Selling the three leather-goods companies would take JAB out of the fashion industry. JAB has announced that it wants to focus on its investments in cosmetics maker Coty Inc., in which it has a 36.84 percent stake, and its coffee businesses.