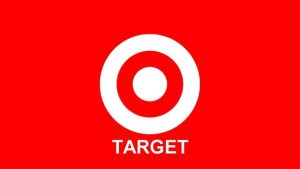 Target (NYSE:TGT), Wal-Mart (NYSE:WMT), and Amazon (NASDAQ:AMZN) are currently engaged in a shipping war. The goal is to lure shoppers away from one of the others with their free shipping threshold and other shipping strategies.

Target is now planning to test a new same-day service at a store in Manhattan. Customers of the store in the Tribeca neighborhood of Manhattan can choose a delivery window to have their orders delivered to their homes later that day. Target is also testing a next day delivery program called Restock for its REDcard customers. The service is currently being tested with employees, but the company plans to expand the test to Minneapolis this summer.

Amazon Prime members in more than 30 major cities can use Prime Now to get tens of thousands of items for superfast one-hour delivery or free two-hour delivery. Wal-Mart is also testing same-day grocery delivery service with Uber and Lyft in Phoenix and Denver and with Deliv at Sam’s Club in Miami.

To better compete with its rivals, Target has announced plans invest more into both its online operations and its stores. The company plans to invest $7 billion over the next three years on improvements to the business. CEO Brian Cornell said that Target will be thinking about new ways to offer different services.

Mr. Cornell also wants to impress shoppers with the values available at Target. He said, “We believe that consumer perception of value at Target has not reflected how low our out-the-door prices really are.”