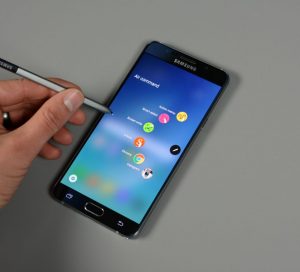 The malicious code was spotted in dozens of apps developed by Korean company Kiniwini, which is registered on Google Play as ENISTUDIO Corp. The company produces a series of casual cooking and fashion games under the “Judy” brand. The developer publishes apps for both iOS and Android platforms.

The hackers downloaded the actual malicious payload after the app had been installed to circumvent Google Play’s Bounce Protection. When a connection is established, the malware opens URLs controlled by the malware authors in the background to start generating clicks on Google ads. The apps’ malware payload was siphoned from a non-Google server upon being installed on devices, making it more difficult to detect.

This is potentially the most widely-spread malware yet found on Google Play. It’s unclear when the malicious code was added to the apps. Most of the apps have been on the Play Store for a significant period of time but they have all been recently updated.

Google has removed the apps from the Play Store after being notified by CheckPoint. CheckPoint says it did not find any evidence of compromised user data. For those that are worried, making sure that your Android device is running the most recent operating system and security patch is one of the best ways to keep an Android device safe from malware.